By Melanie Farmer on December 14, 2016 in Uncategorized

The Winter Solstice astronomically occurs on Wednesday, December 21, 2016 at 2:44 am (PST). This marks the shortest day and longest night for the year 2016.

Many of us are happy to leave 2016 behind as this year has been challenging indeed; 2016 is the culmination of astrological events set in motion in 2012.

One of the primary events of 2012 was the end-date of a 5,126-year-long cycle in the (Meso-american Long Count) Mayan calendar. This event took place on the Winter Solstice of 2012.

The short on the Mayan end-date of December 21, 2012 is that it marked the beginning of a period during which Earth and its inhabitants would undergo major physical and spiritual challenges and transformation.

According to the Western astrological systems, major astrological events were initiated in 2012 beginning with an epic set of seven squares between Uranus and Pluto. These squares took place between 2012 to 2015.

Briefly, Uranus is the planet of radical change with Pluto being the planet of transformation. This set of seven squares again signaled a period of great change on a personal, collective and global scale.

The first two of these exact squares took place on June 24 and September 19, 2012 with the last seventh square in March of 2015.

Look back on your life and review, “What was initiated in 2012 that has lead to major change and growth over the last four years?”. You might find that your recent life challenges has resulted in some kind of major fruition in 2016, for better or for worse.

In addition to the Mayan calendar end-date and seven Uranus and Pluto squares are a set of eclipses that coincided with a yoga in Vedic astrology called Kalsarpa.

Eclipses always bring change and a certain amount of upheaval however, the recent eclipses of 2016 were particularly potent. 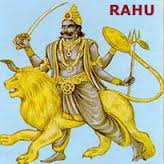 ga is very powerful and when all the planets are “caught” between Rahu and Ketu – the Solar and Lunar eclipse points; it is said that misery ensues.

‘Kal’ means time and ‘Sarpa’ means snake or serpent.  Kalsarpa yoga is said to be so powerful that it can cancel out even beneficial conjunctions.

If we check breaking geo-political news events on the dates where these Kalsarpa yogas also fell, we’ll see they coincide leading up to the election on November 8, 2016 as well as after. 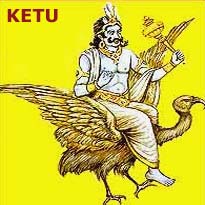 what the day after Christmas might bring as we move into the new year.

I suggest that it is best to stay away from crowded places on December 26.  Instead, spend time in Nature and with loved ones. Rest in gratitude and pray for those who are suffering. Pray for peace and freedom from pain. Pray for love.

The effect of these extremely powerful astrological and astronomical events has been one of conflict and widening separation between the so called elites and lower socio-economic classes.

Political-economic unrest and scandal has escalated parallel to a great series astrological events (much, much more I’ve already mentioned) initiated in 2012, taking us to the brink of revolution.

This year is not over by any means and 2017 is shaping up to be the year where we move from the brink into the fold of revolution.